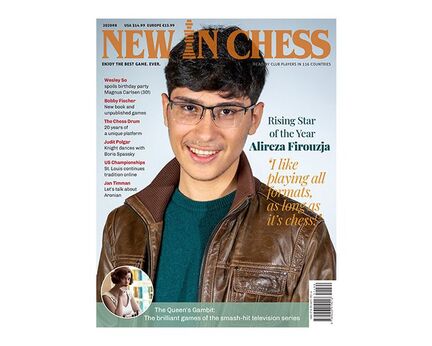 " In an exclusive interview with our editor-in-chief Dirk Jan ten Geuzendam, the rising star of the year Alireza Firouzja, who now lives in Chartres (France), reveals his preference for classical chess and explains how his trainer Ivan Sokolov taught him to sit on his hands.

Other stories to enjoy and lessons to be learned: