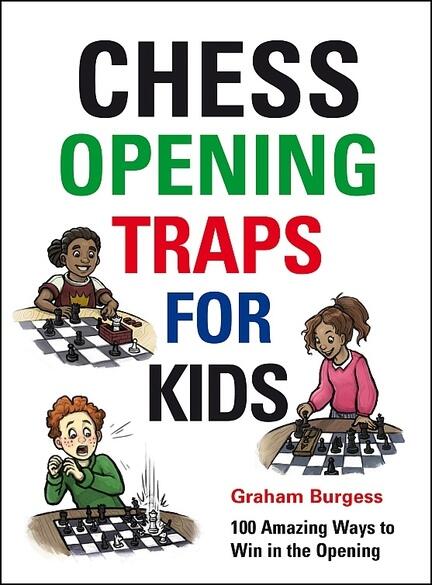 “The layout and printing is clear (as you would expect with Gambit) with numerous diagrams at key moments. An excellent book with much original material presented in a clear and friendly way” – John Upham, British Chess News

“The author, Graham Burgess, has a nice, accessible style of writing. ... I was completely overwhelmed by the most incredible titles, such as A Violent Unpin, A Piece Trapped in Noah’s Ark, Rampant Pawns and the Long Diagonal, A Mousetrap for Rooks, A Horrible Discovery and Sizzling Long-Diagonal Skewer. ... I quickly jumped to ‘Trap 18’ because the title A Piece Trapped in Noah’s Ark intrigued me immensely. The subtitle is perhaps even more beautiful and mysterious: A bishop drowned under a sturdy wall of pawns. ... there is no doubt that we have a book here that can be fun for youth players and above all has a pleasant training angle. ... a nice collection of tactical ideas that can lead to rapid success. As far as I am concerned it is essential.” – IM Herman Grooten, schaaksite.nl

“Would benefit chessplayers of any age... ” – Alexey Root, SPARKCHESS

Chess Opening Traps for Kids would make an excellent stocking stuffer for the young chess player who is new to the game and wanting to study on their own. Recommended” – IM John Donaldson

“I have consulted all of the ‘for Kids’ books by Gambit including Chess Openings, Chess Endgames, Chess Tactics and of course the very well-known How to Beat Your Dad at Chess, all of which are very useful coaching tools but I am delighted that there is a new book specifically written about opening traps because, after all, that’s where people get caught initially. This book shows 100 traps, some of which I have never seen myself so this is not just for kids, believe me. A well-presented hardback, consistent with the format in this excellent series, and there are three sections covering Basic Tactics, Combining Ideas and Advanced Concepts. There is also a section at the end to test your opening tactics and see what you have learned. Conclusion: recommended. Kids and adults learning chess will benefit from reading this and learning the various traps, of which there are many to fall into” – Carl Portman’s Book Reviews