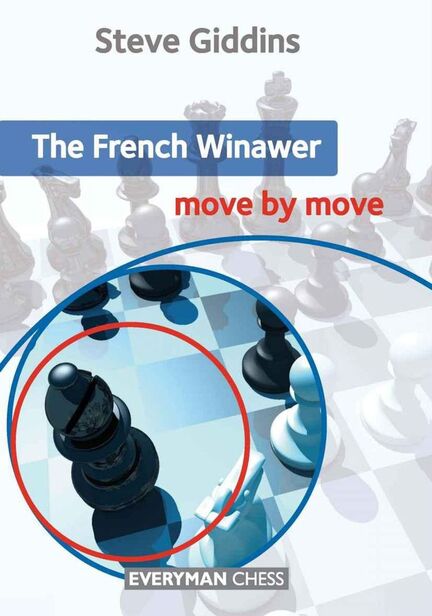 The opening system itself, the Winawer variation, arises after

2.d4 d5 (Black fights for the center, but with the preparatory move 1..e6, to stabilize his central d-pawn!)

3.Nc3 Bb4!? The characteristic move for the Winawer variation!

The chess legend, Robert James “Bobby” Fischer once wrote in his book “My 60 Memorable Games”:

“I may yet be forced to admit the Winawer is sound. But i doubt it! It is anti-positional and weakens the kingside”. (R.J. Fischer)

True, there are some positional featuers that may seem dubious at first side, but there are also some interesting and dynamic features that play a role! One could speak about “dynamic compensation” when choosing the Winawer French for his own repertoire. Although the Bishop-sortie might be felt once White concentrates his forces on the kingside, it still contains certain venom connected with the positional threat to double White’s queenside pawns! Let me quote the author, so you can read the opinion of the very man, who wrote this interesting work!

”Fischer was right up to a point, in that the Winawer has these drawbacks. But it also has some advantages. The exchange on c3 doubles the white pawns, and with White haveing been induced to close the position with e5, he frequently finds it hard to get his dark-squares bishop into active play - after all, most of White’s pawns are on dark squares, obstructing that bishop. Black therefore argues that his own dark-square weaknesses aer not as important as they may seem, because they are hard to attack. At the end of the day, a weakness is only a weakness, if it can be effectively attacked. Black hopes that White’s own weaknesses, notably his doubled c-panws and isolated a-pawn, will prove at least as vulnerable as the dark squares in Black’s camp.” S. Giddins

This is the very reason, the Winawer attracts so many chess fans! It simply makes the game more interesting by providing an imbalance that might very well mean doom for the black player! But the dynamic compensation one get when giving up the dark squared bishop, may prove sufficient to generate at least enough counterplay to compensate for the missing bishop! After all, a weakness is only a weakness if it can be exploit! Let your opponent prove that he’s capable of doing so!

A fine book that does exactly what it promises! It teaches you an opening that is both, dynamic and well respected among the elite of chess! In this very book you’ll find a whole coverage of relevant games, ranging from the classics up to modern Grandmaster’s practice! Studying this games will show results not only out of the opening, but also by teaching you the dynamic side of chess, how to exploit imbalances and how to create an unusual structure, that’s well fitting to outplay your opposition! Recommended for players ranging from 1400 up to 2100.